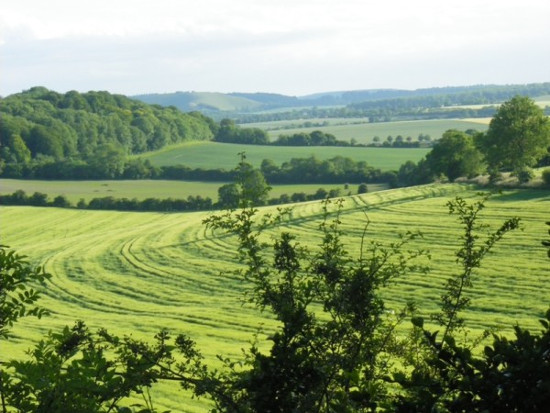 The White Horse Alliance launches a petition calling for the western escarpment of Salisbury Plain, the landscape of the White Horse and the Wellhead Valley to be designated as an Area of Outstanding Natural Beauty (AONB). We will have a stall at the popular Trowbridge Village Pump Folk Festival – right next to the proposed route.

Festival-goers will be able to sign a petition asking the local MP to support the AONB plan and Wiltshire Council to stop resisting a proposal that was first made by the National Parks Commission in 1950. We believe the whole of Salisbury Plain could have been made a national park if the War Department had not insisted on retaining it for military training after the war. We recognise that there is no prospect of wresting the Plain and the stolen village of Imber back from the Ministry of Defence. The proposal developed by our landscape consultant, Alan James, therefore sets out an extension to the Cranborne Chase and West Wilts Downs AONB, similar to the area mapped by the National Parks Commission - see map in our LCA report – link to the updated version of report already emailed.

Natural England has accepted our proposal as a candidate for consideration as an AONB. We have worked closely with NE in recent years and it recently adapted Alan James’s assessment of the landscape against its ‘natural beauty criterion’ as a model for other applicants to follow. (See Alan James's landscape assessment report.)

Westbury Town Council, the Area Board and several parish councils support our AONB proposal. Wiltshire Council has persistently declined to do so. Natural England has assured us that lack of backing from WC will not be held against our proposal but it has made it clear that the whole-hearted support of local authorities would be helpful.

Why on earth would Wiltshire Council not want this magnificent stretch of countryside protected for the needs of future generations? The council’s attitude becomes even more incomprehensible when you start to list all the reasons for protecting it:

Note: the A350 Westbury eastern bypass is one of many ‘zombie road’ schemes brought back to life by the government’s promise of a massive programme of road construction. See article in ‘World Transport Policy and Practice’