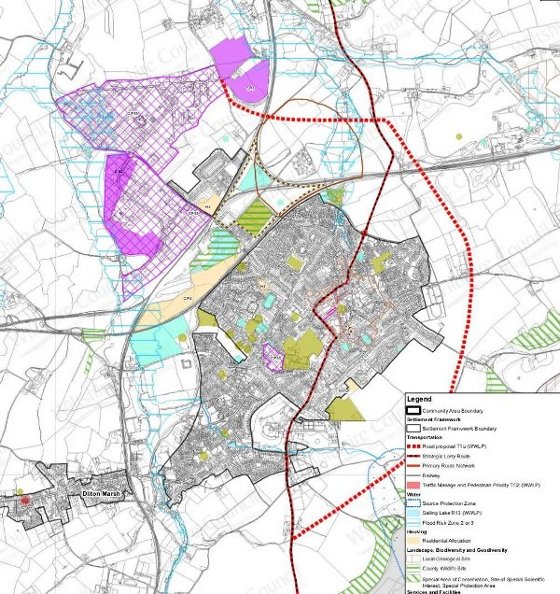 The map above is the Inset Map for Westbury in 2012 Core Strategy Submission documentation to Planning Inspectorate by Wiltshire County Council. The red dashed route to the east of Westbury is referenced on the map's Legend as 'Road proposal T1a(WWLP)'. See this map in more detail (PDF). Read more about the planning issues

Proposed urban development in A350 corridor 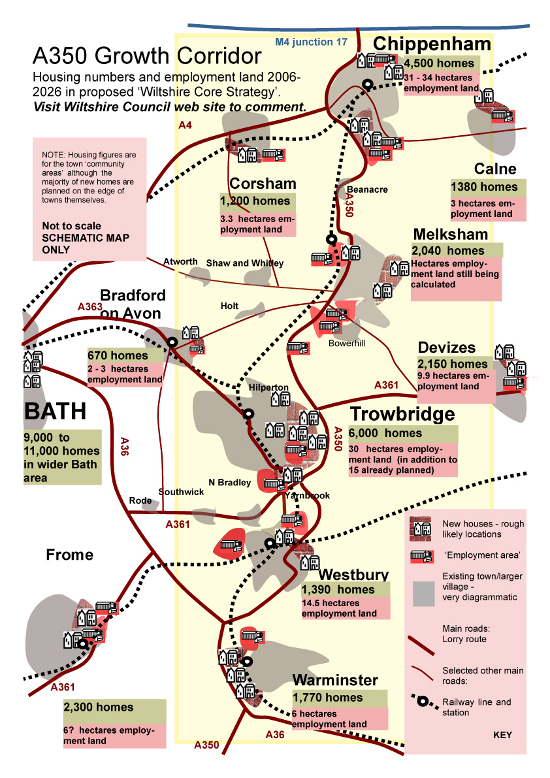 See a higher resolution map of the proposed urban development in the A350 corridor (PDF). Read more about the planning issues

The rejected A350 Westbury Eastern Bypass 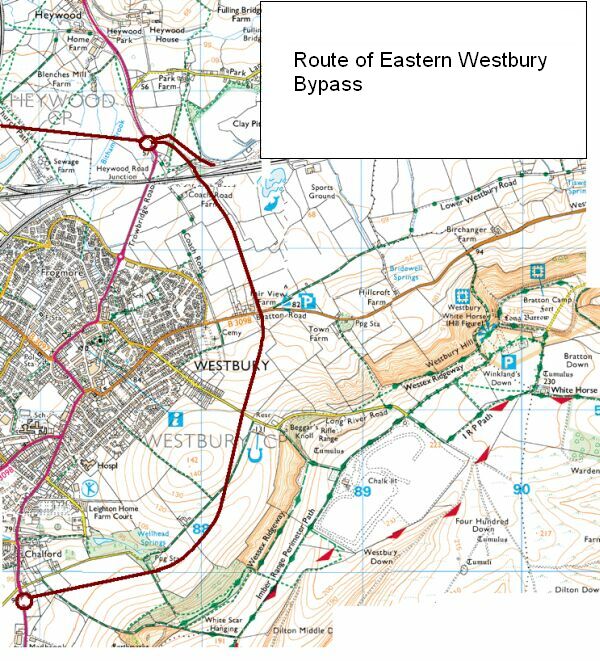 This proposal was rejected by national Government after a public inquiry.