Protest at Council Offices says 'No to ugly sprawl' 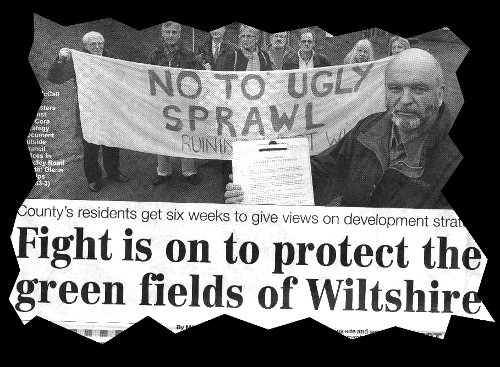 On 17th January, campaigners gathered outside Wiltshire Council offices to protest at the council's latest draft of its 'core strategy' as the council's cabinet met to approve the plan and launch another round of consultation. Twenty four community organisations from across Wiltshire, including civic trusts and parish councils, have signed an open letter to Wiltshire Council objecting to its plans for the future of the county to 2026. They say the council’s draft ‘Core Strategy’ is ‘unfit for purpose’ and want the council to think again.